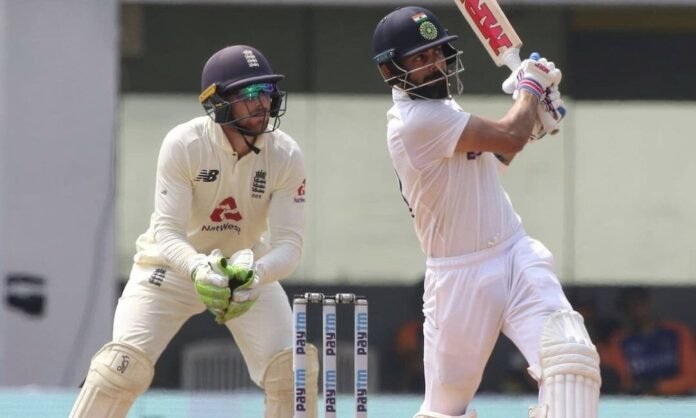 It was an unimaginable situation after the 1st match. No would have believed that after a heroic performance in Australia, India would suffer a defeat in their own den. England no doubt proved to be better of the two. But now India has to leave everything behind and show their mettle in the 2nd test match.

Joe Root has again proven why he is in that Fab Four. He looks in fine touch even against spin and is probably the best who plays spin in recent times. India needs to find a way to stop him or else he will take the game too far from them. Ben Stokes too never looked out of touch though he was away from test cricket for months. The bowlers have found their rhythm. Though, there are chances that Anderson will be replaced by Stuart Broad by rotation policy. It is definitely a like for like replacement as both are equally lethal in red ball cricket. They have to also find a replacement to Jos Buttler who may leave the team.

Ben Foakes will most probably take his place. Apart from these changes, the team looks well balanced and after such a win, no team would want to make any unnecessary changes.

India needs to regroup with WTC on the line

The Indian players will definitely lack momentum going in this game. There is plenty of scope to improve for them. The openers really need to fire this time. Although Gill played a good knock, Rohit needs to stay a bit longer at the crease. A steady opening partnership gives a strong foundation for rest of the batsmen as we saw in Australia. Rahane too needs to find his form. After the Melbourne 100, he hasn’t played any long innings. We can’t rely on individual performances to chase or score a big target. Experienced players need to rise on that occasion. With Nadeem not putting an impressive show, Axar might replace him.

Kuldeep might also get a chance considering the ball might start spinning early in the innings on this pitch. Washington may make way for Kuldeep as he wasn’t as impressive with the ball as with the bat. Ishant also needs to take his game a bit higher as a lot more is expected from him.

Having lost 1 game already, India now needs to win 2 out of the remaining 3 games and without losing any of them to meet NZ at the finals. Toss will definitely play a major role as whoever wins it, will decide to bat and bat long. England will be high on confidence this time while India will feel like a wounded lion preparing for his hunt.

This exciting contest will start on 13th February, 2021, 9:30 AM (IST) at MA Chidambaram Stadium, Chennai. You can watch the live coverage on Star Sports Network and Hotstar.