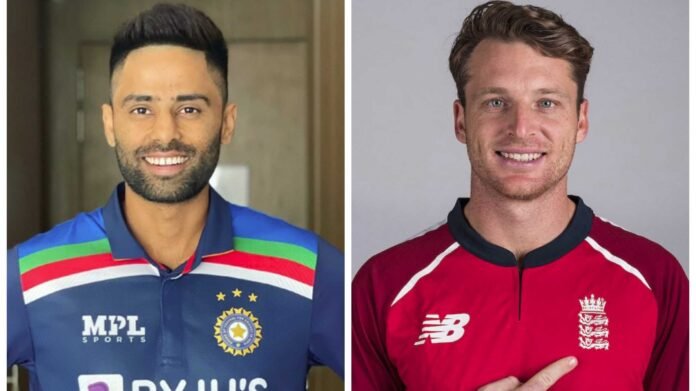 Both teams are now in the final stages before T20 world cup. This 5-match series will somewhat build the foundation for their final 11 in the world cup. The importance of this series will not be limited to only this reason though. England having lost the test series 3-1 already, would be eyeing for a revenge. India too would want to continue their winning streak and gain some confidence before the main event.

Many players are back into the squad while a few debuts are also expected in the series.

Bhuvneshwar Kumar’s inclusion is plus for India but the selectors now have a headache to select the playing 11. Rishabh Pant too is back after some wonderful red ball performances and with his confidence level at the sky, some major contributions are expected from him. With Rishabh’s inclusion, Ishan Kishan would have to wait for his chances while Suryakumar has a high probability to make his debut in this game. While on the other hand, there is no certainty about who will be Rohit’s opening partner. KL Rahul is in form but Dhawan with his experience has more chances to open with
Rohit. England will have a completely revamped team as only few of the players from test squad will be playing the T20 series. They need to get back to winning ways in order to create an impact in this series.

All the matches will be played in Shri Narendra Modi Stadium, Ahmedabad starting at 7:00 PM (IST). The match will be broadcasted on Star Sports as well as Disney+ Hotstar.